"We here erect a church as for ourselves, for our children, and to be a sign and token, so long as these walls shall stand, that St. Andrew's church is for the instruction, the worship, the edification of children, and that all its ministrations and privileges are for all ages, for all sorts and conditions of men, without any difference or inequality."
- The Rev. George D. Gillespie, Rector
on the occasion of the laying of the cornerstone of the nave, 1868 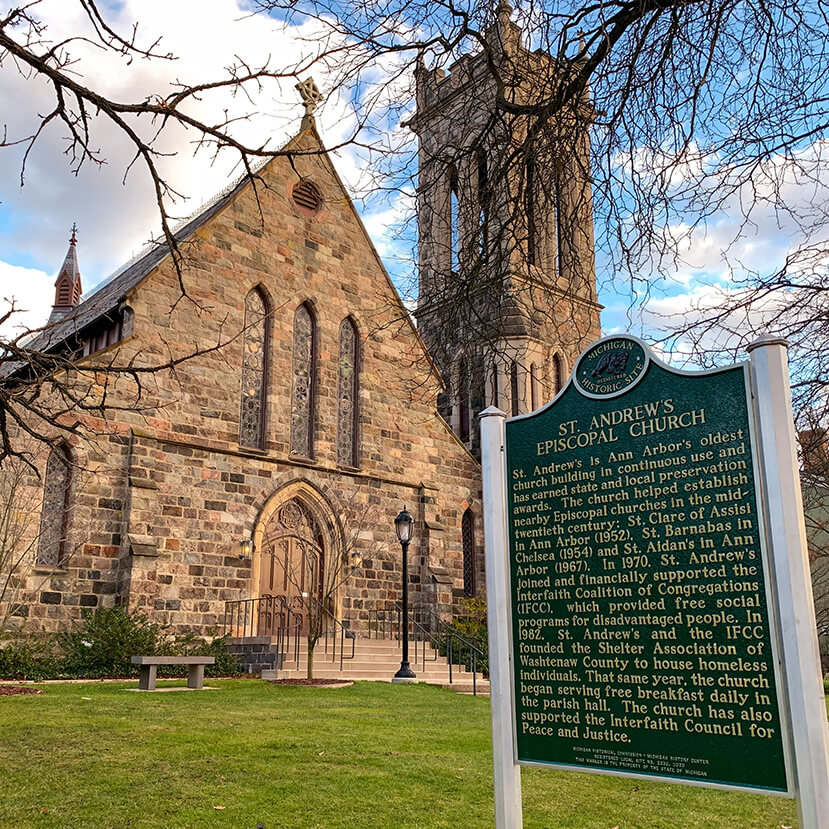 Did you know St. Andrew's is the oldest church building in continuous use in Ann Arbor?

To acknowledge this fact, the church was granted a Michigan Historical Marker, which was installed on the front lawn in 2020. You can learn more about our marker at The Historical Marker Database (and by taking a look out on the lawn!). 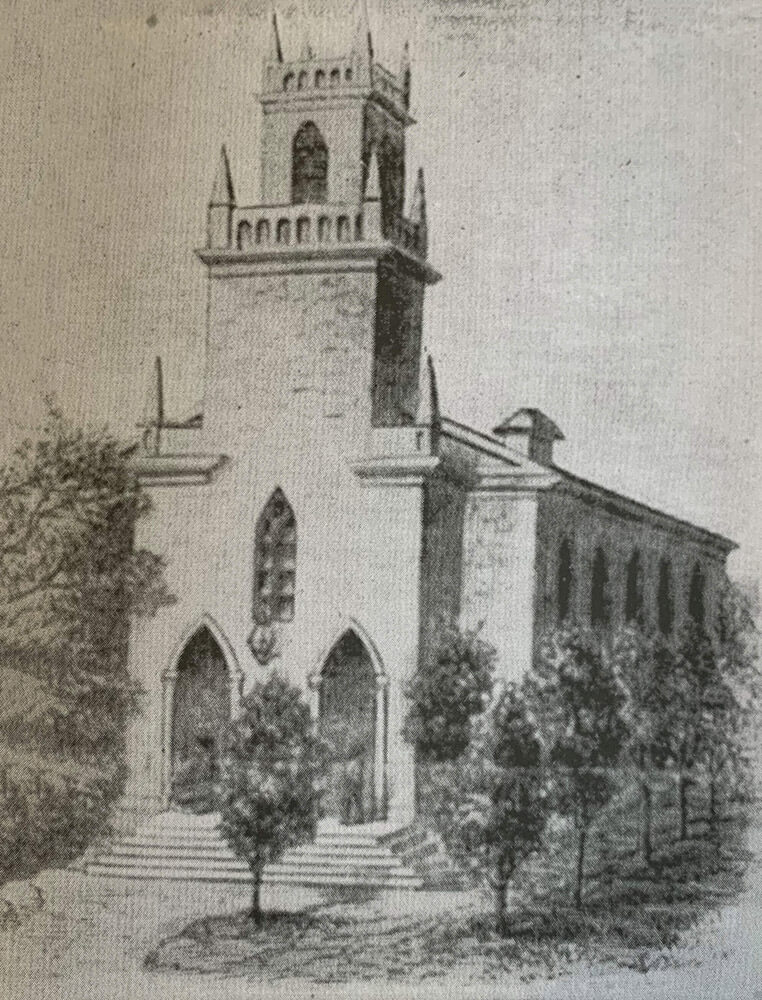 Our parish was established in 1827 as a mission of St. Paul's, Detroit. What began in a neighborhood house would eventually grow into the second Episcopal Church in Michigan. By 1838 a wooden church (pictured at left) had been erected on North Division Street.

The cornerstone of the current church was laid in 1867. A now-demolished Rectory (also known as Tatlock Hall) was built in 1880. Page Hall was then constructed in 1880 to serve as a chapel. In 1890, the Chancel was built, with the vested choir singing the first service in Advent of the same year. 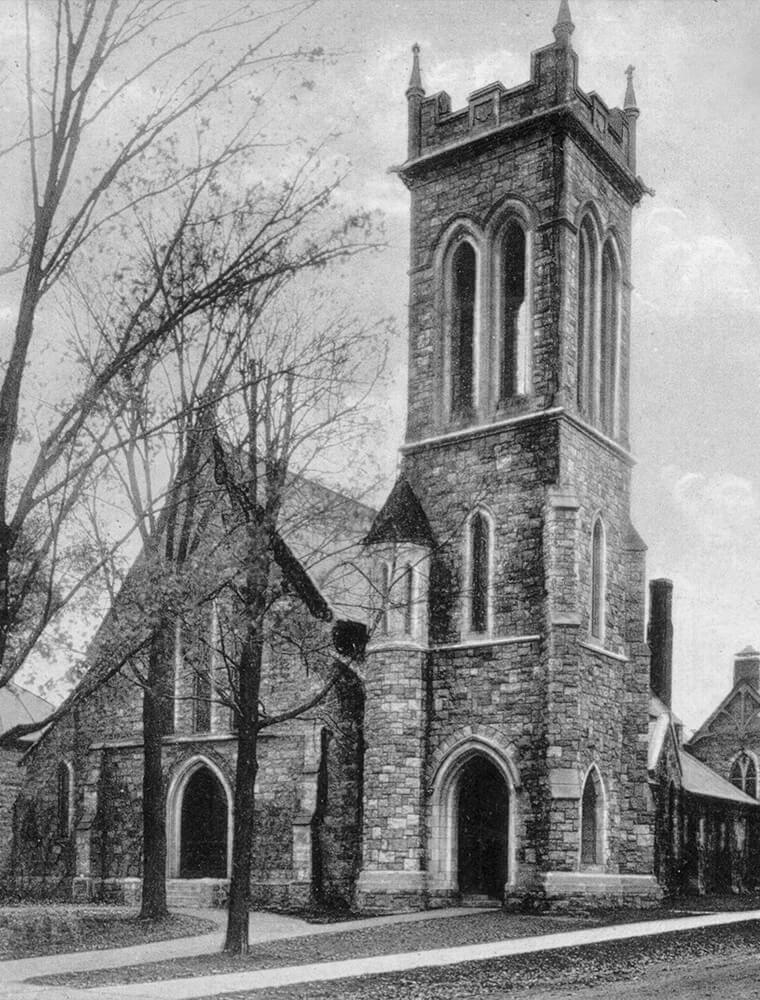 The twentieth century saw many changes to St. Andrew's. In 1903, Palmer Tower was erected (pictured at right) - which still stands today. The sanctuary's beautiful Pewabic tiling was laid in 1917. The current cloister between the church and then Tatlock Hall was constructed in 1932. After more than fifty years of service, Tatlock Hall was demolished in 1947. It was then reconstructed as the current Henry Lewis Hall (better known as Parish Hall) and housed a new chapel, classrooms, and the parish offices. 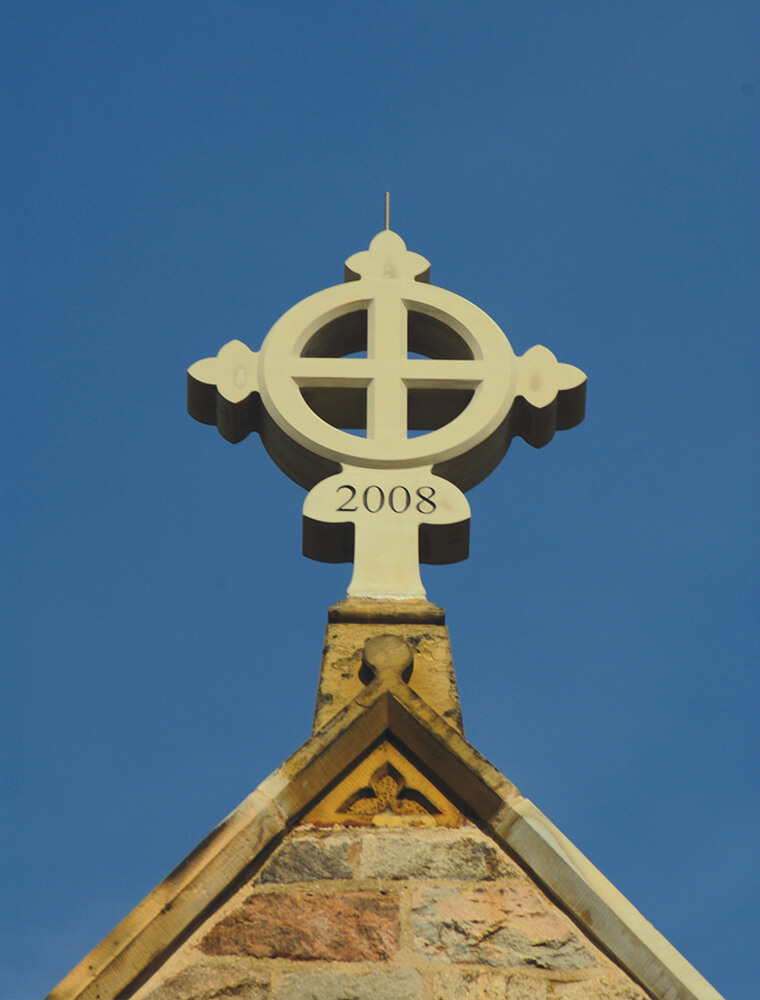 More recently, the church underwent a major restoration which began in 2008. From a new slate roof to refurbished stained glass windows to refinished pews and brand new pew cushions, the building saw upgrades both inside and out. A new pipe organ was commissioned in 2015 and installed in November 2021.

An Abbreviated Timeline of Construction 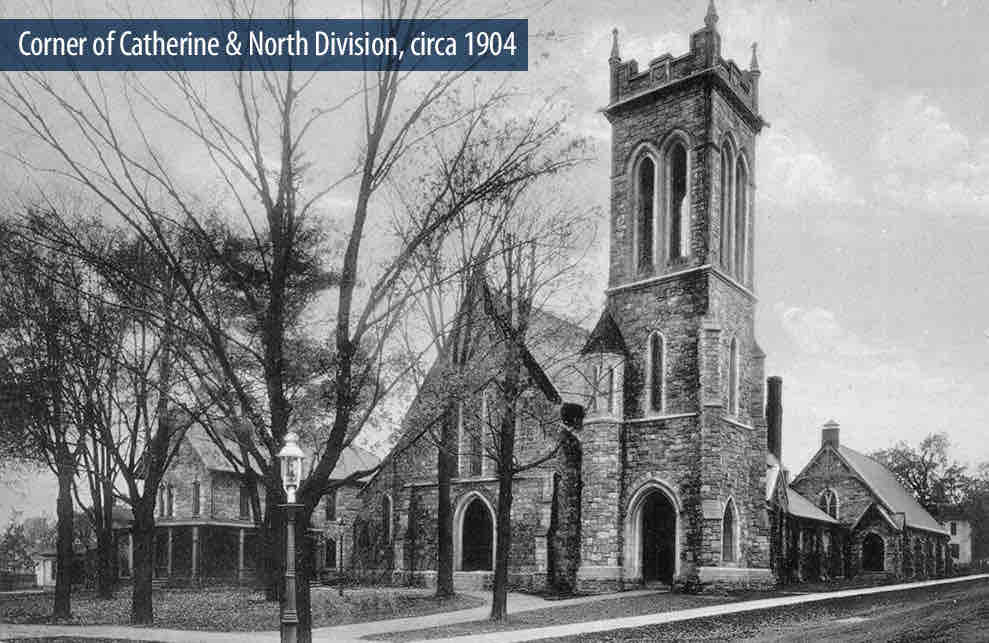 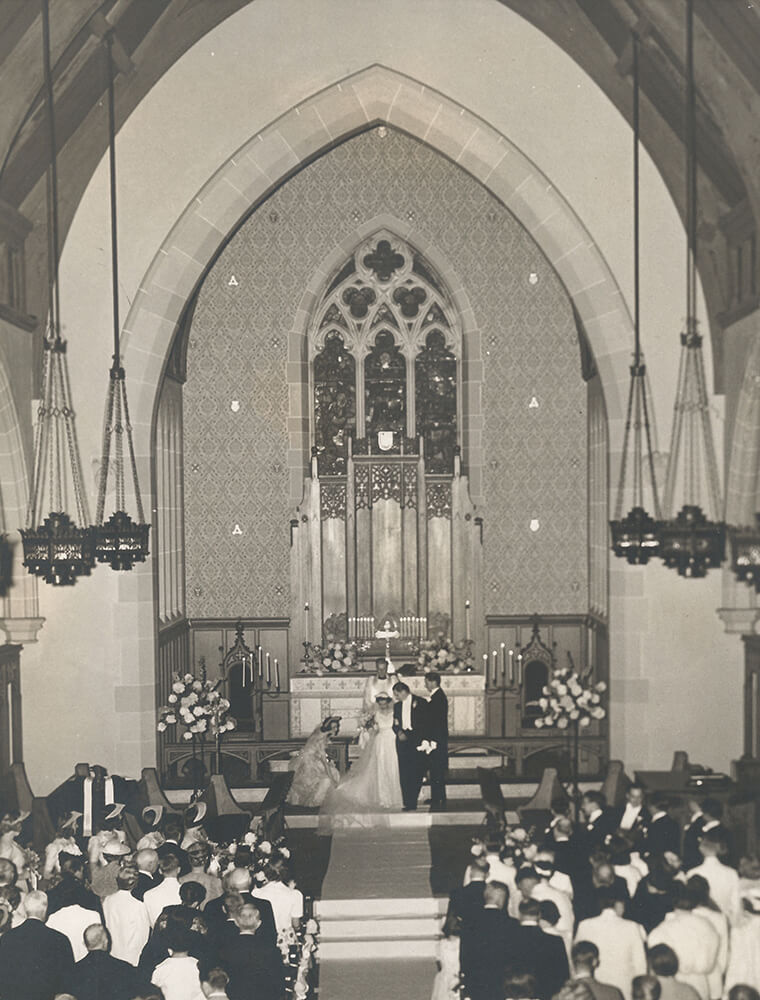 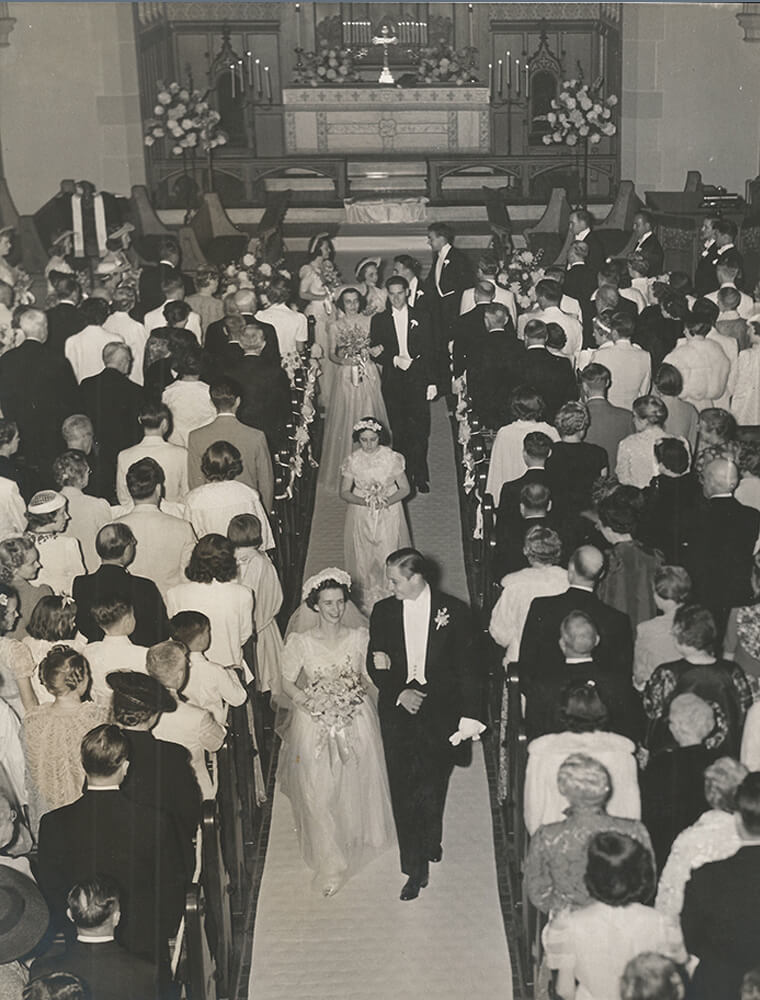 St. Andrew's has been a vital part of the Ann Arbor community for more than 190 years. If you have old photos of weddings, baptisms, parish events, or services at St. Andrew's? We'd love to feature them here!

Send them to Communications

The parish office frequently gets requests for copies of baptismal certificates or other records. While we are happy to accomodate these requests as we are able, please be aware that it may take several weeks for us access our vault and records.

Please contact the parish office at (734) 663-0518 for more information about purchasing the following titles:

"The Windows of St. Andrew's"

Beautiful color photographs accompany text on the history and memorials of the stained glass at St. Andrew's. 48 pp.

Back to ABOUT US